A licence to grow or get better – which do you choose?

I am grateful to the folks at Coast – One Planet Tourist Network for pointing me to the Dec 11th article in Travel Mole that was published two days before UNWTO launched its campaign celebrating the recording of 1 Billion international trips – see previous post.

My curiosity was piqued and my optimism encouraged by this statement from the Secretary General: “We have an opportunity right now to move away from business as usual policies and to put the right strategies in place to significantly reduce  our emissions.”

But after continuing to read the UNWTO press releases officially launching the publication Tourism in the Green Economy, my concerns returned.

The publication builds on the tourism chapter of the 2011 UNWTO/UN Environment Programme (UNEP) Green Economy Report, which finds that an investment of just 0.2% of global GDP per year between now and 2050 would allow the tourism sector to grow steadily over the coming decades, contributing to much-needed economic growth, employment and development while ensuring significant environmental benefits such as reductions in water consumption (18%), energy use (44%) and CO2 emissions (52%), as compared to a business as usual scenario. (Source: UNWTO press release, Dec11th, 2012)

So I took the time to read – well try to read – the tourism chapter which comprises 40+ pages of a 613 report titled Towards a Green Economy published in 2011 but found it impossible to follow the logic or identify a rationale for allowing the tourism sector to grow steadily.

The authors of the chapter do acknowledge that tourism produces waste and uses resources and the text includes all kinds of empirical evidence from various regions that show how variable the intensity of this resource use can be. While the report appears to be well referenced, it contains a number of major statements whose source is unclear including:

In a BAU scenario up to 2050, tourism growth will imply increases in:

Unfortunately, there’s no way to compare these figures for increased resource use and waste production with forecast increases in arrivals as there is no explanation of what the BAU (business as usual) scaenrio is and whose figures are being applied nor is there a time frame stated for which these percentage increases apply. We know the end date is 2050 but we don’t know the start date.

But what the report does do is fantasise what would happen if a $248 billion annual investment  in energy & water effiiciency, carbon mitigation and solid waste management were made (again start date unclear and the implication is that this investment would apply every year until 2050). On page 442, the report states that a green tourism economy would undercut the corresponding BAU scenario by:

I wasn’t sure how to interpret and apply the term undercut – was it to be applied to the rate of overall increase or could it possibly have been applied to intensity of use/production? I took the obvious route (one also applied by the UNWTO in their press release) and assumed it mean a reduction in the rate of increase  so that, thanks to this annual investment of a quarter-trillion dollars (yes, really!),  a green tourism economy would result in: 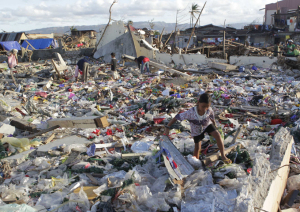 You’ll have noted that I used the word “fantasise” regarding the green investment because this number appears to have been picked out of thin air and is based on an investment of some $248 billion equivalent to 0.2% of “total GDP”. There is no discussion, however, of:

Nor is any mention made of recent reports from the World Bank, NOAA, the International Energy Authority and Price Waterhouse Coopers, and the Global carbon Project all replete with evidence that global warming is accelerating in pace and scope. (Watch this space for a link to those updates here within a couple of days)

I can’t help but conclude that macro reports such as the one UNWTO is using simply build a false sense of security that the right and sufficient action is being taken. As a consequence, this approach serves to disempower the people whose lives and livelihoods are most likely to be affected by these environmental forces.

A fundamental principle and assumption underpinning conscious travel is that it’s time for the global tourism economy to shift from its obsession with growth – as in more arrivals, more facilities, more consumption –  to prosperity in the fullest sense of the word – as in better, higher value, deeper levels of satisfaction, stability, vitality and resilience.

If we – the global tourism economy –  sought a licence to improve and to contribute as opposed to seeking a licence simply to grow in size we might find we’d be taken more seriously.