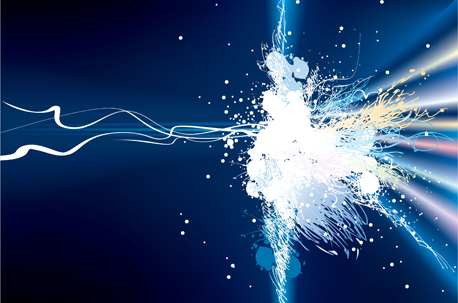 In my last post, I re-examined 6 recommendations for change in a DMO’s focus and function originally made in 2010 that are needed to transform tourism.  Based on the positive response, I am both gratified and a little worried that they still apply as we approach 2017.

So why am I worried? First, because of the six suggestions the most important i.e. #1 –  has been taken up rarely if at all and second, because the remaining five suggestions, while still relevant, are actually quite superficial. They tinker with an existing system and, while necessary, won’t be enough to transform it, or ensure DMOs stay relevant as the pace and depth of change increases.

1.    Sustaining Innovation – these are improvements to established ways of doing things or to existing structures. Christensen used the word sustaining in its core sense – as maintaining business-as-usual and helping companies to function has they are used to.

2.    Disruptive Innovation – covers the unanticipated emergence of new types of companies, products and services that render business-as-usual companies obsolete. There are two degrees of innovation –i.) those that change the power and importance of companies within an industry (e.g., book shops compared to Amazon; and ii.) those that change the fundamental nature of the industry and its ecosystem of suppliers and processes itself (e.g., Spotify and Apple’s impact on the music industry).

3.    Transformative Innovation – according to Wahl, this third level relates to the transformation of culture and identity (our sense of who we are, why we’re here, and how we’re to live together on a finite planet). This level of transformation depends on much deeper shifts in the fundamental beliefs, assumptions and values that underpin our perspective of what is right and desirable.

Wahl suggests the relevant question to ask in this case might be:

How do we keep the lights on, avoid revolution and turmoil, keep children in school and people in work, yet still manage to transform the human presence on Planet Earth before “business as usual” leads to run-away climate change, a drastically impoverished biosphere, and the early demise of our species?

Coming back to DMOs, there are countless examples of sustaining innovation– many enterprises are getting greener, delivering more personal service across multiple touch-points and carrying vastly increased numbers of people safely and more efficiently across international borders every year.

Examples of disruptive innovation include the online travel agencies (OTAs) which disrupted the function of travel agents at scale and spawned a vast and complex digital ecosystem. More recently, platform providers such as Airbnb and Uber have emerged to compete with accommodation providers and taxi companies. Yet despite the extent to which they have grown and captured market share with unprecedented speed, the underlying structure and operating system of mass tourism persists, so these innovations hardly qualify as transformative. In fact, they appear now to be conforming very much to the competitive, winner-takes-all ethos of the old industrial paradigm.

Disruptive Innovations such as these bring the added challenge of lulling us into a false sense of confidence that we’re innovating fast and deep enough to deal with the many interwoven change drivers shaking up the context in which tourism operates. They simply delay the moment when we’re forced into the kind of transformative innovation that renders the old system obsolete. Pollock 2016

Smart companies and destinations will be on the hunt for truly transformative innovations and that’s why Suggestion # 1 – changing the way we SEE the world matters most. You can’t spot transformation let alone create it unless you’ve developed the means to see it and have developed the consciousness to respond appropriately.

Practitioners in tourism often pride themselves as practical, no-nonsense entrepreneurs with little time for dreamers and visionaries. While increasingly  happy to quote Gandhi who encouraged us to “Be the Change we wish to see”, or Martin Luther King, who motivated millions by declaring he had a dream rather than a five-year plan, there appears to be a stubborn reluctance to engage in deep reflection. No wonder we’re so surprised when Chinese visitors eschew the thatched cottages of Kidlington for its suburban homes,  normal, ordinary streets and the weekly ritual of rubblish collection. (Why Chinese Search for Authenticity and How They Can Find It)

This is unfortunate because Transformative Change, sometimes called Phase Change, involves a change in BEING not just in form. For example, ice melts and becomes water, the liquid evaporates and becomes a vapour. And even phase changes have changes in degree. When they result in such a complete change that the former form is unrecognizable in the new, it’s called a Metamorphosis.

As you would expect, deep cultural systems change (i.e. planet-wide transformative change) is rare in human history. It generally takes place over centuries and causes huge upheaval. The last really big shift is associated with the Age of Enlightenment, and the birth of science and industrialization whose processes and principles made international mass tourism possible.

Such huge cultural shifts demonstrate the same sigmoid curve of birth, growth, maturation, decline and death that all life forms and all human systems experience. See the Double S Curve.

We’re living in the changeover – a Period of Discontinuity – when our shared understanding of how the world works (our paradigm or worldview) is being turned upside down. Confusion and polarization are the result. Its impact is greater because of the speed with which it’s taking place – in decades not centuries.

If DMOs are genuinely committed to retaining their leadership position and truly serving their constituents (be they tourism enterprises or the resident tax payers who welcome guests into their community), they’ll spend some time and resource looking beneath the surface short-term trends and investigating their root causes.

They’ll learn the value of stepping back and asking deep questions starting, of course, with why? Pollock 2016

Coaching clients on how best to surf these momentous waves of change is the core work of Conscious Travel and informs our unique approach that’s outlined here.

In Part 3, I’ll sketch out the main characteristics of the best waves to ride. My intent is to attract those readers brave enough to embrace this turbulent future so “pregnant with possibility” and help co-create a vision for a better future.

Forecasting or imagining how this transition will play out and re-shape tourism is a huge task – it needs a collective effort contributed by those with fearless curiosity and bold imagination. Those who learn to ride the wave of this change tsunami will survive and flourish being carried to new shores of vast opportunity. So, if this is you, please join me in a few days time for Part 3.