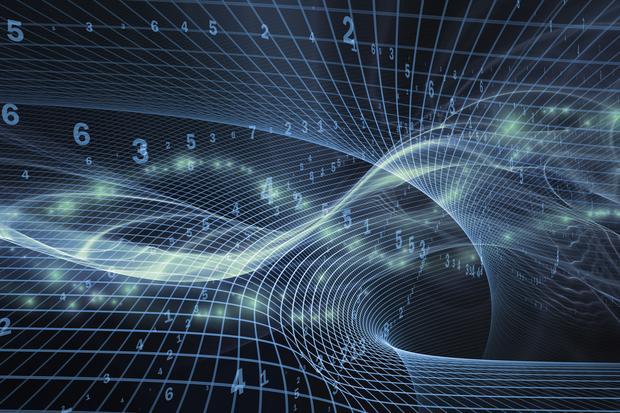 Given the way digital technology and connectivity have transformed tourism marketing over the past 25 years, why is it that our primary institutional structures – the Destination Marketing Organization (DM0) have changed so little? Their purpose has remained the same; they organize their work by functional departments with conventional hierarchies of function, power, and budget, and while funding sources have diversified, they still tend to operate relatively autonomously – some have commented with a degree of arrogance and aloofness.

After spending 15 years tracking and interpreting the implications of rapidly developing digital technologies in tourism, I was asked, way back in 2010, to speculate on DMO’s future and this paper Speculation on the Future of Destination Marketing Organizations (described by Bill Geist as chilling) has been circulated on the internet ever since.

Prompted by the recent LinkedIn post by Professor Alfonso Vragas-Sanches, articles stemming from the Destination Think! Summit and the emerging discussion of what to do about “over tourism,” I re-visited the six most important suggestions for change made in 2010 to see if they still might be relevant. Reader’s comments and input would be very welcome here as it’s impossible to keep up with every destination..

1. DMOs and their members need to change their perception/mindset.

Obsession with the latest technological fad dominates the discourse. Today it’s Big Data, Virtual Reality, and Artificial Intelligence that, undoubtedly, have enormous disruptive power. Yet DMO’s structure and function still reflects an old mindset that sees tourism as a sector in an industrial production and consumption process that can be organized into separate sub-sectors and functions. Unfortunately, this is a faulty, obsolete view of reality and accounts for why our various attempts at making tourism more sustainable are failing. An enormous pressure is placed on DMOs to be seen to be “doing something” and generating the most important result (more visitors) when what we need is more reflection on why and a willingness to question our basic, but often unrecognized assumptions, underpinning our busy activity.

2. DMOs of the future will do less and enable more

If we were to create an enabling digital infrastructure that enables intelligence gathering and knowledge sharing to support industry-wide collaboration, we could tap into the collective intelligence, talent and creativity that exists within every community and be smarter, more adaptable, innovative and resilient as a result.

Technology has been used to make our marketing efforts more personal, more effective and sometimes cheaper, but its potential to help us manage demand, track effects and grow the capacity of its hosts has been sorely under-utilized. If we can conceive “smart cities” why not “smart destinations” that rely on a neural network able to sense and respond to internal and external changes and develop more intelligence over time? The technology exists but the vision, ambition and worse still, the culture does not.

3. DMOs will do less push marketing and will promote less and attract more

This suggestion is the one that has enjoyed greatest take up. The language is different – we talk now about inbound and outbound marketing and social media channels have proliferated. But sadly, it has often been applied by a top down, command and control management structure that is the DMO and rarely has the entire community of hosts (as in service providers) or interested residents been engaged in a collaborative effort from start to finish.

One exception is Amsterdam where the identity of the city was given over to residents to mash up and share on social channels and via their networks, thereby building patience for tourist influx and encouraging brand ambassador guidance to places off the beaten track. The Amsterdam Marketing CEO observed: Make your residents engaged and they will become your city’s biggest champion. (source Resonance)

Back in 2010 I suggested that the DMO will need to think of itself as less of a marketer and more of an orchestrator. The music being played is the place brand that I would prefer to be called “signature” and one that shouldn’t be composed by one person or agency. Instead, like birdsong in a forest, it should reflect the unique chorus of a community expressing itself.

4. DMOs need to be more deeply integrated and aligned with other local economic endeavours.

Destinations (places) are indeed living, complex, adaptive human systems of highly inter-dependent people, enterprises and agencies. Those that are aligned around a shared vision and purpose are the most effective but such alignment rarely happens spontaneously. It takes leadership.

Good examples of grassroots, community-oriented leadership are found with the localism movement that has expanded rapidly over the past decade. The Business Alliance for Local Living Economies in the USA and the now international Transition Town Network are two initiatives that DMOs have yet to embrace on a wide scale. New techniques for forming community vision such as The Art of Hosting and Appreciative Inquiry are not yet used by DMOs to bring people together but hold enormous promise

5. DMOs will engage and support both suppliers and visitors more during and after their experience than the have done in the past

The shift in power and influence to the customer has occurred such that DMOs can use both visitors and other community partners to do their work for them. A small number of individuals can now influence large markets and use today’s cheap and powerful content publishing and distribution tools to reach masses of consumers. Anyone and everyone in a destination community can act as an intermediary linking buyers and sellers. In this context, the role of the DMO is to ensure that: a. visitors are incentivised to speak positively about the place in question; b. they have easy access to a rich storehouse of content from which to tell their stories; and c. their stories depict the destination accurately. To do this, DMOs must become platform builders instead of promoters. (Pollock, 2010)

Of all the speculations, this is the one that has taken off the fastest with greatest impact but not by DMOs. Airbnb was a relatively unknown and a still struggling start-up when the Speculations paper was posted and has become the big disruptor proving the power of a platform to connect buyers and sellers and unleash the marketing influence of millions of hosts on their own networks.

But again we see evidence that the old paradigm of winner take all lingers despite the democratizing language of sharing and collaboration. Airbnb now wants to use its huge market of hosts and guests to dominate the local trip market. They had the choice to work with the myriad of small suppliers that have been training, grooming and certifying guides on the ground to ensure high quality services but sadly have decided to go it alone – see Tony Carne’s article Has Airbnb lost its innovation mojo?on LinkedIn.  What a missed opportunity to create com-unity and heal the wasteful divisions that plague tourism.

6.  The M in DMO will increasingly stand for management

Since tourists consume limited resources in a specific place and time, there are built-in limits to visitors’ quality of experience if growth continues uninterrupted. Congestion alienates residents and visitors which makes a destinations less attractive, demand drops, costs and investment cut and assets deteriorate creating a negative feedback loop and destination decay. (Pollock, 2010)

As evidenced in Professor Vargas-Sanchez posting, Destination Think’s Summit interviews and the views of many other tourism professionals, there is growing support for the need for management. There is far less evidence that anyone knows how exactly to manage what I consider to be a tsunami of tourism demand. Sustainable practices are good but not enough as they aren’t happening fast or deep enough to compensate for demand growth.

The biggest and most important act that a DMO could undertake now is to open up a conversation with all its stakeholders – and that includes representatives of the resident community – to come to a deeper understanding of the issues and options and address the fundamental question – what kind of tourism do we wish to cultivate for our community that will deliver the highest net benefit to its residents and environment while delighting the customer and attracting referrals and returns?

Contrary to many, I have never believed that DMOs are no longer necessary but I do believe they and their members will need to invest serious reflection and creative time preparing for a very different future. That’s why we created Conscious Travel – to act as a mentor, educator, coach and guide on the journey towards flourishing in a better future we have made together.

In Part 2, we’ll map out the changing context that calls for such a shift in mindset. In the meantime, please comments and share your observations. Isn’t that what online community is all about?