On the tip of the tipping point – when ecology is understood to be spiritual, there’ll be no going back. 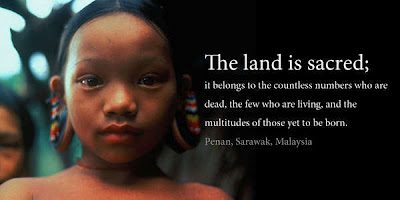 A core tenet of Conscious Travel is an understanding that each place is alive and sacred.

Host providers will develop truly sustainable livelihoods that benefit their communities when they come into right relationship with all life.

Our indigenous brothers and sisters have always understood this and now find themsleves on the frontline of a global clash in world view:

Two important events are occurring right in the middle of 2013 (i.e. July)  that I believe will help tip us towards a wider embrace of the second view of the world. They will help accelerate the shift in values  (towards greater meaning and purpose) that has been described throughout this blog such that when a critical mass wake up to the fact that ecology is not just physical, there’ll be no going back.

The first event is publication of a book of essays called Spiritual Ecology as introduced in the trailer below. Edited by Llewellyn Vaughn-Lee, it comprises diverse perspectives from such luminaries as Chief Oren Lyons, Thomas Berry, Satish Kumar, Thich Nhat Hanh, Vandanna Shive, Joanna Macy and Pir ZiaInyat-Khan.

The second is completion of the Sacred Land Film Project (SLFP) –  a four-part film series for public television titled Standing on Sacred Ground. Here’s its trailer:

Winona Duke describes Sacred Places as spiritual “re-charge” areas. Given that the root of travel is hospitality which, in turn,  is all about regeneration, re-creating (recreation), making whole, healing and re-charging, then we too are involved right on the frontline of this change in views. As hosts who welcome guests into their “their unique, special and sacred place” we have the chance to help them  come in touch with the magic and mystery of all places. But to do that we must have developed a sense of the sacred.

Here is an excellent review of the Sacred Land Film Series by Leslie Sponsel.
Click here to access trailers of each film with ease.