It’s Not Social Media, It’s Social Business – Do you Care? 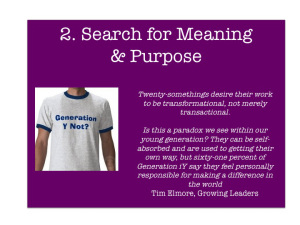 Conscious Hosts conduct what we call Conscious Marketing based on an understanding that all business is now Social. There’s a good blog post and discussion from Edelman on what makes a Social Business here and from IBM here. Before we look more closely at what Social Business means, here are five reasons why Social Business is emerging as a concept and practice: 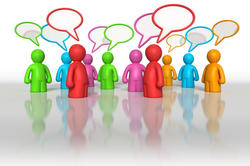 1. Customers now have the power to talk back, to talk with each other; and to attract enormous attention simply through the power of their own creativity. The value of a company is now directly related to the subject and quality of the conversations that take take place about it and determine a reputation. Between 60-80% of all market capitalisation of companies is tied up in intangibles such as brand equity, reputation, human capital,and  intellectual property. Never has it been so important, or, for that matter, so easy to LISTEN. 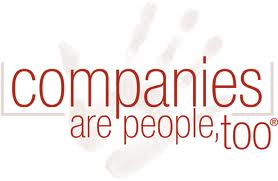 Some companies seem to be super cheerful, energetic, happy, passionate and devoted to serve; others are rigid, buraucratic, stiff, slow, and affect a bored disinterest. We still talk about them as “brands” but what we mean is personality.

This trend, by the way, is sometimes described as “the humanisation of business” – as if there ever was a time when companies were run by robots. (That’s in the future not in the past). So instead of companies fretting about transactions; we have collections of people focused on relationships. It’s all soft & fuzzy; about feelings not product atttributes; and behaviours are harder to measure; highy subjective and utterly intrinsically SOCIAL. Hence the title of the post. So congrats if you have a Facebook page, a twitter account and your company President blogs. But that won’t be enough. Unless you’ve opened up every business process (in human terms – every human task; item of communication; element of service) and looked at ways it WOWs the customer; while enabling the employee who are doing the wowing to feel that they are growing and developing too.

Because companies are human and because humans are in such a fix right now, there’s a growing desire on the part of both employees to want to find meaning in their work and for customers to find fulfullment or feel good about their relationship with it. No longer can companies afford to be nothing but lean and mean transaction machines focussed on quarterly profits. Edeleman’s Good Purpose 2010 report found that 86% of global consumers believe that companies should place at least equal weight on societies interest as in business’ interest.
In fact, there’s now growing evidence that companies whose culture expresses a “higher purpose” are significantly more profitable than those that place return on investment as highest priority. If you want proof, read Firms of Endearment, a more inspiring book than Jim Collins’ Good to Great, that highlights the spectacular results achieved by 30 companies run by CEOs who are happy to call themselves Conscious Capitalists. There’s even an institute that is promoting an alternative to the kind of capitalism that has got western economies into the trouble we’re in now. So when you think ROI, remember that it stands for Return on Involvement (see Interaction Associates) and, as importantly, start to think of who is involved.

4. Customers are changing too. The recession accelerated a change that emerged in the late 90s when a growing proportion began to tire of the endless cycle of consumption, obsolescence and waste. As boomers aged, it was inevitable that they would be driven less by Maslow’s deficiency needs (security, belonging, esteem) and more by a need to develop, to serve, to find meaning and purpose. Perhaps as a result of watching their parents and deciding that they didn’t want to be like them, we find that GenY and the Millennials want more than a pay check. Some 61% of GenY employees say they feel personally responsible for making a difference in the world.

There’s a huge body of research that has been conducted since the recession that suggests anywhere from a low of 30% to a high of just over 50% of consumers could now be described as “conscious” – awake, alert and aware. They are taking more responsibility for their own decisions as their trust in traditional, authoritative “command and control” style organisations like Government, the Church, big companies is at an all time low. At DestiCorp we’re so convinced that this trend will provide a means for tourism to get off the mass, industrialised bandwagon that we think is so destructive, that we’ll be focussing all our work on ushering in a Conscious Travel movement.

5. The role of women. Women have already shown their proclivity for use of social media. See an earlier post The Web is Female. We simply love communicating. But it’s not all talk. Women also have the financial clout. According to Businessweek, American women make more than 80% of buying decisions in all homes.Their buying power  has soared 63% over past three decades. Some 30% of working women now outearn their husbands

While they are still hitting their head against the glass ceiling of senior management, it’s women who undertake the majority of tasks that involve face to face or voice to voice contact with employees and, thereby, are directly reponsible for a firm’s reputation.

In summary. the decade beginning 2010 will be one in which companies thrive or wane on their ability to show they care; to create working environments in which human beings flourish and are active contributors to the healing, well-being and prosperity of their communities.

Examples of travel-related Companies that Care include the Roger Smith Hotel in New York, where social media is derived from an inherent belief of its CEO and President, James Knowles. He believes in and encourages “the miracle of human growth.” The hotel’s connection to a community of people is based on story telling, off-line connections, and relationships built on passion, says the company. The team is always interested in telling stories that engage people while building relationships and relevant communities. The hotel says it is selling hotel rooms and events via the strength of its networking and content. To find out how Kimpton Hotels and the Joie de Vivre Group are showing they care, review this summary here.

So How Do You become a Social Business?

Becoming a truly social business requires some form of transformative shift in mindset at the top of an organization. First it means appreciating that a company, like a community, is a dynamic, living breathing system made up of living breathing systems who happen to be human beings. The distinctions between what is internal and external are artificial – the boundaries are highly permeable. And in these systems, the intelligence does not lie in the nucleus, the brain or the HQ of an organization but is distributed throughout with highest concentrations on the edges (or in the case of tourism, on the frontline where customers interacts with hosts).
A conscious business acknowledges that all value resides in the nature of the relationship between supplier and buyer and the quality of those relationships is determined by the amount of self respect and mutual respect that exists in those relationships. Employees that are kept in the dark, not trusted by management, treated as children not adults, required to adhere to rigid “inhumane” policies and procedures etc. will pass on this antisocial culture to customers with disastrous consequences. The business might have a very active social strategy but implementation will fail if it hasn’t addressed what it means to be a social business.

Sadly most businesses are jumping on the social media bandwagon by trying to master the tools without any consideration of the deeper change in mindset that’s required. This is where I find Simon Sinek’s observations helpful – treat the business as if it were a person not a thing because every interaction with customers, suppliers, other employees and other stakeholders will always be personal.

Here’s Simon Sinek speaking plain common sense about Social Business. Pour yourself a coffee and take 25 minutes to remind yourself how the world really works!