Challenges that Occur When You Meet the Locals

This post is in direct response to the latest thought provoking guest post by Andy Jarosz, owner of the 501 Places, on the Local Travel Movement Blog. The original article,  When Local Cultures Aren’t So Great, can be found here.   I thank you Andy for raising this topic and hope it will stimulate sustained discussion as, to me, it’s core to the topic of Conscious Travel. Parts of Andy’s post are repeated here in blue; my comments are in black. 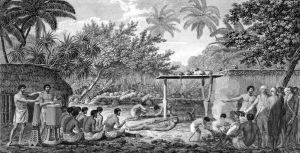 Travel exposes us to many strange sights and experiences. By setting foot beyond our own borders we might explore palaces and temples that we’ve seen before in movies; we might meet people of races we’ve never encountered and see their colourful national dress; we’ll probably hear many languages that we don’t understand.

Most of our experiences are overwhelmingly positive and reinforce for us the value of expanding our horizons through travelling. But what of those moments when we see things that make us very uncomfortable, or even angry? How do we react when we come face to face with those practices and local traditions that we view as morally wrong, yet have persisted for many centuries? ……. (In the original post, Andy cites two examples of culture shock at the place in his article)

How does one challenge such deep-rooted beliefs and hope to create a change? Or is it in fact our place to challenge these practices at all? Do we accept that we are witnesses to practices and behaviours that are derived from many generations, and that as witnesses we have no power other than that of observation?

Some will argue that observation without action makes us complicit in the wrong that is done. Others will say that by informing ourselves at first hand of some of the physical and mental abuse that takes place in the name of culture, we can become advocates for change and perhaps influence enough people to make a lasting difference.

Whatever the answer, there is no doubting the power of our travel experiences in exposing us to the many beliefs and value systems that exist throughout the world. What we do with those experiences is another matter altogether.

For me to frame a response to these deep questions, I had to define for myself what a society is and I came up with the following

Societies are groups of people who have shared a common geography (place) and history (time) and developed a culture i.e., a way of “making sense of their world” that works. This culture is based on a set of shared assumptions often called a worldview or paradigm.

A few decades ago there were many opportunities for travelers to experience “culture shock.”  (I refer to my first time in a Desticorp post here).  But with every year that passes there are fewer opportunities for such transformative encounters. Wade Davies, the Canadian ethno-botanist, has suggested that we are losing at least one unique culture approximately every two weeks.

Is it irony or a simply inevitable result of the “law of scarcity”  that we’re witnessing a rise in interest in local travel and a growth in the demand for “immersive cultural experiences” just at the point when most exotic cultures are being rendered  extinct?

Ideally the purpose of travel is to become aware that one’s own worldview is not the only one or necessarily the “right” one. If a traveler recognizes that then the term conscious travel will be well and truly justified for it will have caused the traveller to wake up and perhaps start to examine the unexamined assumptions that shape his or her perceptual filters.

Supposing your culture had lived in harmony with the natural world for thousands of years but was transported to a North American city out of the Amazon jungle, and perhaps Annie Leonard’s A Story of Stuff was translated into your native tongue so you could understand the local culture. Chances are that you would quickly form a judgment that our culture was highly destructive as it caused its citizens to fall into some form or trance or madness. Supposing too that your Amazonian culture had the power to turn off the electrical grid and you took action out of a desire to help right a wrong. You may have had the best of intents but were likely oblivious to the impact of such a seemingly curative act. Not surprisingly resistance by the local “natives” would have been fierce.

I support the Local Travel Movement because, by respectfully meeting and engaging with “locals,” (people whose perception of reality is different than ours), we can be woken up from the trance of our own culture – we can become conscious.  And this surely, is the deeper purpose behind travel. For all cultures are just that – a form of trance; a set of agreements that hold our collective worldview together. In short, local travel provides opportunities for us to become conscious and that has to be its biggest gift.

So as travelers to exotic communities, it would be wise to spend more time observing and understanding than judging and tampering – before taking well meaning action that righteously but unwittingly can unravel a complex cultural web we can poorly understand.